HOW TO BE A MORE PROLIFIC READER: Don't be illegiteratte! Read moore

Everyone’s always “I don’t have time to read anymore I’m just too busy blablabla”. Well, I have a busy life too. Really busy. And I still manage to read. How do I squeeze several of pages of literary gold into my week while balancing it with my hectic "staring at the ceiling for hours thinking about stuff" schedule? Try reading a paragraph of 10 books each days for ten days. Just try it! Unless you just want to remain an illegiteratte.

1) Start off the day with some life-affirming Raymond Carver:

"I told my wife I didn’t feel like going to the movies. I got a beer from the fridge. It was still warm but I drank it anyway. ‘We never go to the movies. Jesus Christ, we never do anything” my wife said. “What a life! Never thought I’d end up selling vacuums. I’m goin' to sleep.” she said. I started working on my clipper ship but then I decided to watch TV. I poured some scotch. After awhile I went upstairs and lay down next to my wife. She was breathing really loud. It wasn’t snoring exactly, but it bothered me. I looked at her face as she went to sleep. She looked old. The tv was still on in the other room but I watched her instead. She looked dead but I could tell she wasn’t. She kept breathing in that loud way. I stayed like that for awhile. Eventually I went to sleep." 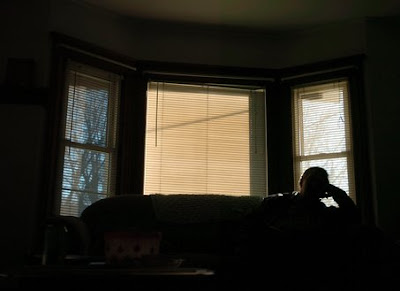 "Tommy and Anika opened the fence and there was Pippi, standing on top of the largest garbage pile they’d ever seen.
“Pippi! What are you gonna do now?” they cried.
Pippi did a back-flip somersault trapeze thing using a live telephone wire and landed in a cardboard box filled with used baby diapers.
“I’m a pirate, me lads! I’m off to the high seas once I get this vessel on the water”.
“But the tea party starts in half an hour!” Tommy exclaimed.
Pippi scoffed. “We can have a tea party right here! Hand me that broken bottle of gin” she told Anika. She poured sewage water into the bottle and poured it into a rusty tin can. Then Pippi found a hubcap and placed a blowtorch underneath it. “Now who wants tea and PANCAKES?”. Tommy and Anika clapped. Pippi's monkey unearthed a bag of white powder with a skull and crossbone on it.
“The police are coming Pippi!” Anika cried.
“They can’t catch me! I’m a fuckin pirate!”. And with that, Pipi snorted the powder and used to rest for instant pancake mix." 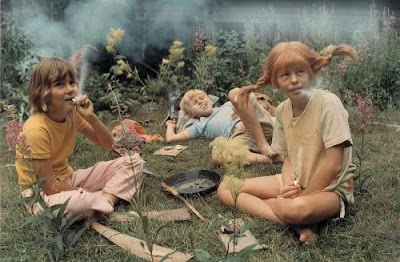 3) Try for some non-fiction at this point. I suggest: “Be the Pack Leader” by dog expert Cesar Millan.

“The word ‘terrier’ comes from the Latin “to terrorize”. I once had a client whose terrier dog who had the audacity to not cower when I made that sound with my mouth. I told the dog’s owner that this dog was mentally ill, but she continued to enable the dogs behavior and let her life be dictated by this tiny sociopath. I told her she would continue being a Gamma Pheta while the dog would rule her life by being a Delta Phi. We took ‘Noodles’ for a walk with my entourage of pit bulls and as usual they ran joyously behind me like I was their personal Hitler. I tried to explain that dogs need this kind obedience in their life but this woman thought of Noodle as a person and not as a slave. In cases like this, there is little I can do to solve behavioral issues. I gave her the number of a dog sanitarium and pleaded with her to institutionalize Noodles but her reply was “Will I get to visit him everyday?”.
It’s always disappointing to I hear this kind of thing from a seemingly intelligent and affectionate dog owner. Sadly, there is little hope she will never be a pack leader. Maybe if she ties a leash to a pack of cards she will have more success. Ahaahah!!!" 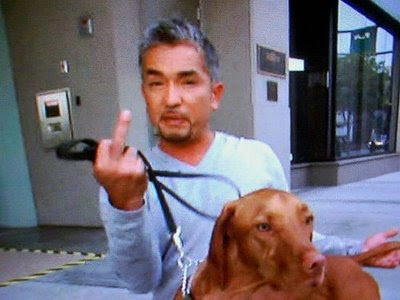 Bathsheba Satansworth took Pim Butterling to the Orphanage. “You shall stay here for 60 fortnights, and if you flee you shall be whipped within a inch of your life by my new suitor Mr. Gerrington Darvocet the 3rd!”. In with that, she slammed the oak door shut. Pim heard the sounds of many keys locking many locks, and many nails being pounded into boards over the locks. He stared at the wood etching of his beloved Nana Ms. Crumblycake Plumply . He cried himself to sleep by the light of a candle wick, sans the candle and the flame. For breakfast, black toast with moldy black cheese was slid under the door but it got stuck and he was unable to retrieve it. It was devoured by the house rat shortly thereafter. Pim’s tutor Mr. Gravestone Etchinton entered his room and announced that Pim’s schooling would begin; Chapters 5-1,000 in the 'Home For Doomed Children’s' Book of Psalms. “And if you shan’t finish it by noon expect lashes on your back that your dead Mother Mrs. Patience Pudding would have wept over would she were alive to see them!” He then laughed wickedly and aimed his pistol at Pim for making eye contact. 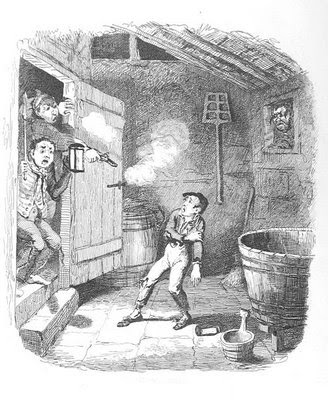 5) We should explore some contemporary fiction too. David Foster Wallace!

"C said Backerton I’m due on the court in 20 minutes . Pamela felt a secretarial-ish urged to rile C up and since the go-cart was designed to carry disc-jockeys to the lab via the President of inert Cranberry Farmer Dads* the him/her on it decided it was F.P.U.L.s* turn to animate realism."

Cranberry= Ocean Spray Cranberry juice. Good for urinary tract infections which Dad’s give their wives. AKA Urinary tract farmers. UTF. Not to be confused with the brilliant Weird Al Yankovich move ‘UHF’ directed by Jay Levey, Yankovich's then-manager, who also co-wrote the screenplay with him. It was produced by Cinecorp Productions in association with Yankovich and Levey's then production company, Imaginary Entertainment, and released by Orion Pictures Corporation.
308:*F.P.U.L

Fabricated Peripheral Uganda Lair- The official term for government appointed tree house equipped with nitrous oxide tanks not to be confused with W.K.R.P radio station based out of Cincinnati. 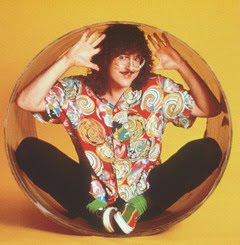 Posted by Daria Sellon McQuade at 7:47 AM