THE GREATEST FOURTH OF JULY MANKIND HAS EVER KNOWN 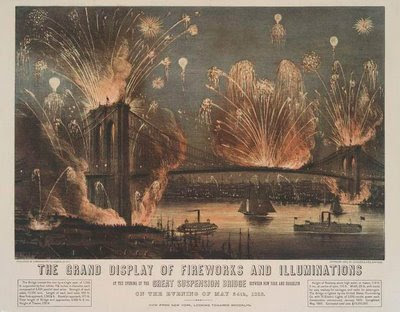 Since July is right around the corner, today we bring you an exciting, fantastical and seemingly impossible story about the 4th of July. Historical significance? Maybe. Confusion over what month we are in? That's always a possibility. But perhaps the intention is more meaningful; perhaps it is here to instigate soul crushing self-esteem issues within the bureaucracy of Macy's Department Store, who recently fired a great man from his 10 year janitorial position for no apparent reason, other than discreetly pleasuring himself in the empty lingerie section of their racist store: 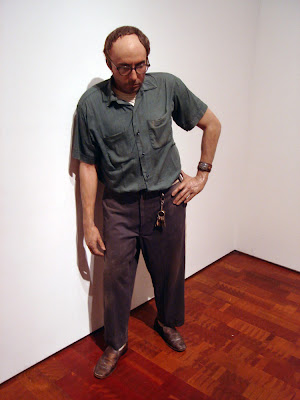 To honor Jan's years of dedication and hard work and to counter-humiliate Macy's in the most effective way possible, we have employed the world-renowned historian John Lawry Sr. of Lawry's Seasoned Salt to educate us on the most mind-blowing 4th of July. EVER.

"July 4th 1923, marks the greatest day that man has ever seen or heard of and not a day has surpassed this day to be the greatest of all Fourth of July’s in the history of our great nation. This day was so grand and spectacular that it continues to be written about, painted and sculpted by the greatest artist’s and writers of each generation. There is also another great painting, in the Hall of Justice, that depicts a twenty mile flag hand-sewn by Meg Terryweather for the occasion. It was rolled out during the rendition of 'God Bless America', which was recorded on audiovalve by Sir William Scottsley of Pennsylvania. On it, one can distinctly hear the 780,000 men and woman and children singing in perfect pitch. I believe the recording was once owned by the Kennedy family, but is most likely in the possession of the President of the United States at this very moment. 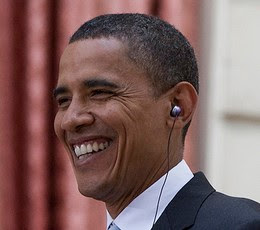 Now I must describe the fireworks. I’ve heard and seen them going off for such superficial events as birthday parties and weddings. Such traditions have become commonplace. But do not be confused when I tell you the fireworks on that day were the most BREATH-TAKING, SPLENDID, OUTRAGEOUS, SHOCKING sights humankind has ever seen or felt.

Try and imagine this... 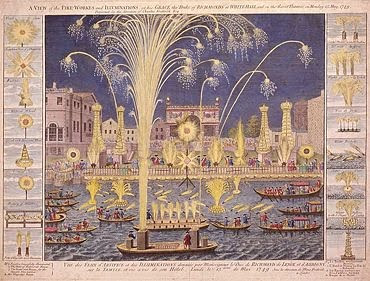 With some of this stuff thrown in... 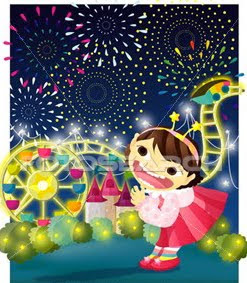 ...now just forget about those and look at this: 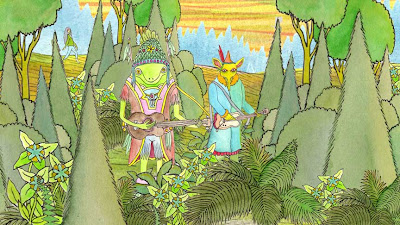 90,000 pounds of fireworks were brought in from Blaggstone, Virginia, home of the Lawry's Seasoned Salt factory. They started at 8pm, just as the sun set, and went on all night until daybreak. They were like angels and rainbows colliding in the sky and exploding! They were like stars blown into bits and pieces of star-diamonds that covered the sky until there was no night! They even created a special firework that went on for two hours. It started slowly, then bloomed into a purple flower, then changed into different shapes such as a horse, a boat, a gun shooting a man's face off. And there were people on the boat! Toasting with champagne glasses! Then it shifted into the profile of George Washington, and it was so life-like people truly believed there was a man of immense proportions, swooping down upon them, covered in twinkling iridescent fairy dust.
Put this head: 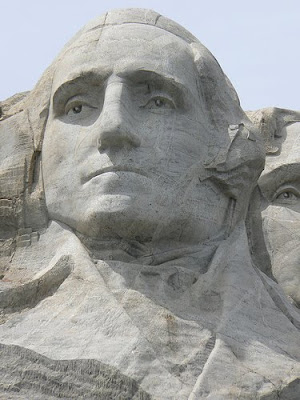 ...on this guys body. Now pretend it's made out of fireworks. 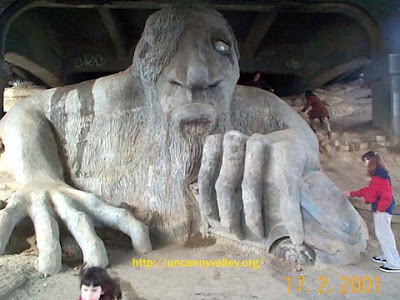 I must go back to the food. Nowadays, potato salad with Lawry's seasoned salt and hot dogs seem to be the preferred menu. On this day they feasted upon goose and duck terrain, on caviar and oysters! 500 cattle were slaughtered, and a wild boar was skewered, roasted, and served wrapped in slices of beef tenderloin, with a cluster of its own intestines brined and spilling from it’s mouth, and truffled eggs in its eye sockets. Beautiful was this food, almost to pretty to eat! But eat it they did....with everything sprinkled and dusted and marinated in Lawry's seasoned salt, the recipe for which had been created specifically for this buffet. 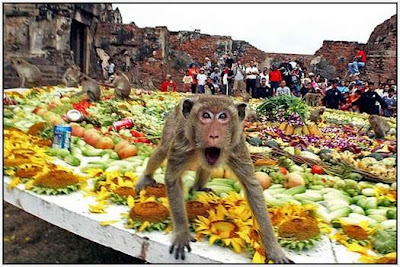 For dessert there was a layered cake of red, white and blue, seventy feet high a which required a special ladder to get a slice. Hidden inside each slice of cake was a single gold coin commemorating the Fourth of July. Several of these coins can now be viewed at the Smithsonian, but only if accompanied by an armed guard. 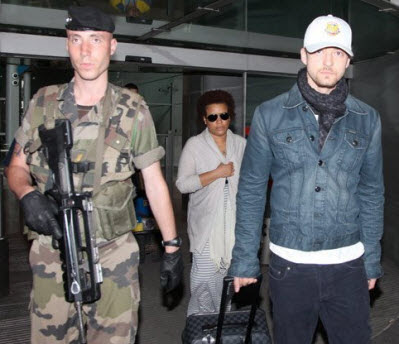 We must not forget the majesty of the Proud Mary Cruise Ship floating down the East River. It was covered in lights and doing an amazing new maneuver called "Ship-Dancing" or "Ship-Dipping". Then they shot cannonballs of money from the ships mast , fifty dollar bills, I believe, and the money flew all over the harbor and people dove joyously into the water to retrieve it. 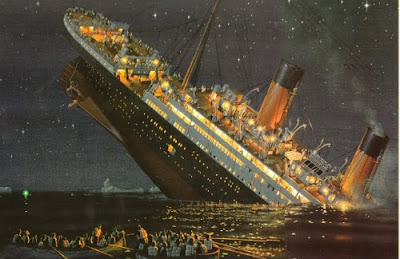 Imagine, thousands of men and women gathering fifty dollar bills swimming in a river while children laughed and clapped as 1 million balloons were let loose upon the winds. Soon after, a Zeppelin came floating through the sky, and zoomed straight through the fireworks! 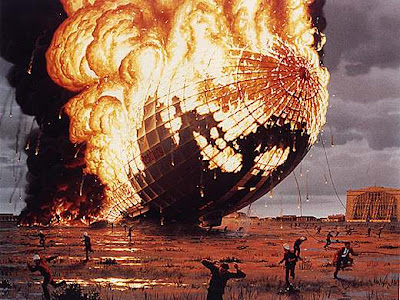 And people began to parachute out of the Zeppelin! When the parachuters landed, they turned out to be the most popular celebrities of that day and age. Kipper Wentsworth, Lillian Cosgrove, Sir Arthur O’Brien Johnson, Nathan Lawry. And they all shook hands and hobnobbed with the common people. If memory serves, at one point P.T. Barnum's own Siberian tiger sauntered out of a cage. It had been trained to hold an eagle atop it’s head and dance around on its two hind legs in figure 8 circles. 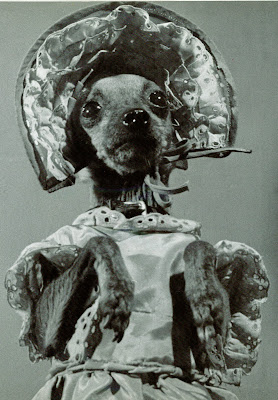 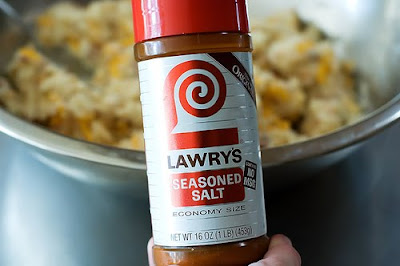 Towards the wee hours of the morning, a dedication poem was read with dramatic solemnity by Edgar Allen Poe, accompanied by the appropriate marching band music."

Below is the poem “4th of July -” and an artist’s rendering of Poe:
Oh sweet departed! Our time was brief,
Our earthly union but an autumn leaf,
Blowing upwards forming covenant in the sky,
Why must I live, whilst you have die'!
Mortal, alone in this experiment,
With Demons shadowing the firmament,
Your beloved corpse lies low in cold dark earth
Might we meet again betwixt the after-birth,
Of this world and the next morbid pall?
Happy 4th of July to one and all! 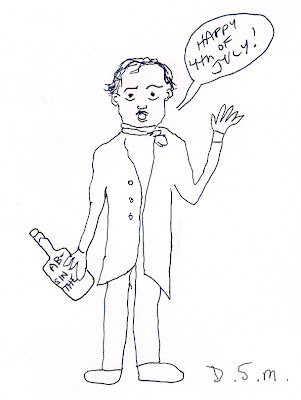 "When he was finished, he announced it would be the last time he would read anything in public . And it was. (He died but 6 days later from the drink/opium/madness/rabies!). The crowd was so moved by Mr. Poe's words that they collectively wept tears of patriotism, which were then bottled, frozen and sculpted into a replica of the Statue of Liberty. 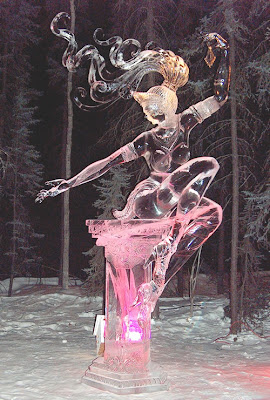 By morning, life went back to the trivial routines of that day and age (street-cleaning, chimney-sweeping, polio) but for the rest of that year and every Independence Day since, nothing has come even remotely close to repeating the festivities in quite such a way. Many have tried and many have failed. And will continue to fail. Miserably." - John Lawry Sr.

Poor kids came all the way from Boston to NYC 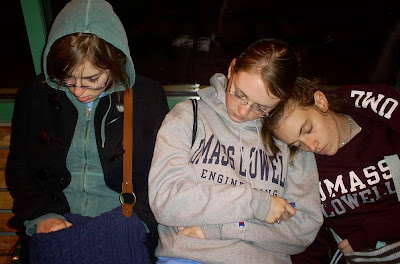 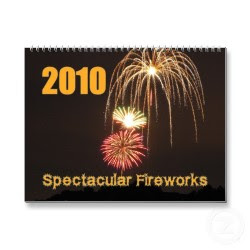 Posted by Daria Sellon McQuade at 7:59 AM