George “Carpacchio” Huevas was the leader of our gang. He always had been, always would be. But we decided to kill him off that cold November night when he stood up and announced “Amish Chickens are out. I don’t give a fuck how good they taste”. 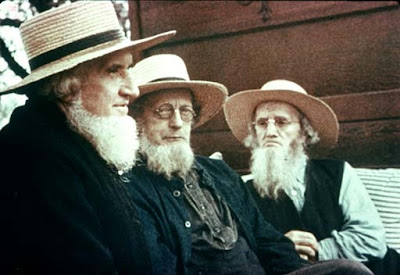 "English light bulb- heathens love our chickens"
Caddy Colllins ended up blowing George's brains out with a cattle prod ala ‘No Country for the Elderly” (Caddy’s an emotional guy and hadn’t taken his meds or eaten a Belgium waffle in 6 hours). Another terrible thing that happened that night was the pressure cooker exploding just when Telly “Telli” Savalas was completing his Jenga tower. Telly’s old lady, this gal Marla, tried cleaning up the pot roast but our paper towels were woefully un-absorbent. What the fuck! We had a job to do goddammit; bury George's body underneath a chicken coop. That was our 'havin a laugh' (It's a British thing.). Don’t get me wrong, we missed the guy. We missed his funny ways, like the white pizza... 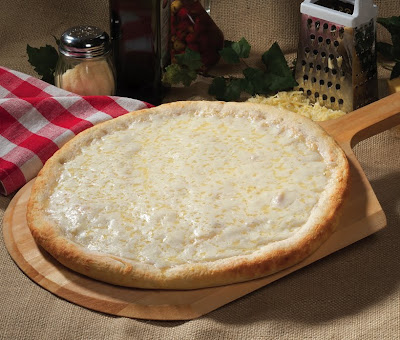 We didn't even mind how he only shaved on half of his face. He was an existential kind of guy, always saying deep things like “We will all be dead someday, when we get killed”. Or “Babies are dead angels. It's science”. Or “Eventually everybody in this room is going to heaven or hell. You, you, you and you: hell. And you (me)". 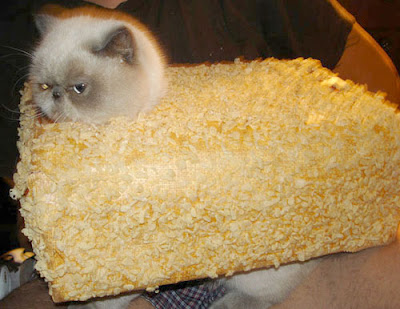 He was a philanthropist and a true animal lover. God Bless him.

Anyway, we knew this fellow Orlando Gettysburg who was a bootlegger. His specialty was imported cheese, and we had a shipment arriving in 2 days. Unfortunately we had eaten a lot of Amish Turkey the night before he supposed to arrive, and the tryptophan made us sleepy. The turkey also made us feel like it was thanksgiving so we drank 10 bottles of Jack Daniels even though our family weren't even there. We overslept the cheese delivery. It ended up floating in the sea, just like the opening of that show “Boardwalk Empire”. 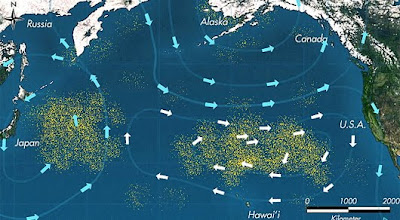 Cheese entering the sea from land along the Pacific Coast. As a consequence, the surface water contains 6 times more cheese than plankton bio-mass.
It was devastating. Worse than the BP oil spill only worser. Luckily, we had help. The "Boardwalk Empire" theme continued. No, Steve Buscemi wasn't there. But luckily our friend Steve 'Bussemi' was. He jumped around a lot and gave us some nutrient-rich Pez. 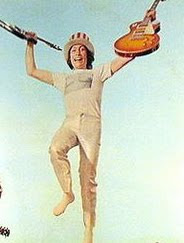 We skyped Orlando and said “get us some fuckin' string cheese...anything! We're goners if we don't deliver these goods to the Bundy Brothers.” Orlando was deaf, unfortunately, and all he saw on his Skype window was me and Telly eating Kettle Korn and motioning frantically to a picture of Jenna Jameson. 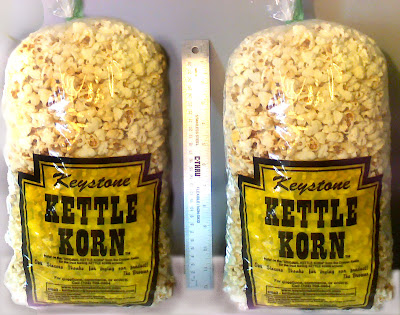 Our message didn't get through to him at all. We just felt she should put on some weight. And Kettle Korn not only does that but may, just may, stop people from making facial expressions like the one above.

Finally Orlando arrived at our secret meeting place. The merchandise was shit! Melted brie, Swiss cheese with NO HOLES and a bottle of blue cheese dressing."Thanks to you, we're dead men”, we said. He couldn't hear us but later on Steve Bussemi told us he sign languaged “Go fuck your cheese, cheese-hole fuckers”. We would never do sex with cheese! And vice versa. Grilled cheese maybe, but only on vacation. 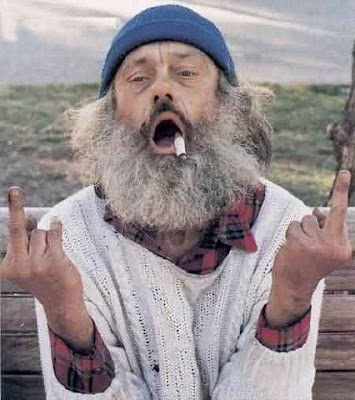 Orlando 'hand-talking' to us. Were pretty certain he said "I'm sorry I accused you of fucking cheese."

Just then, the Bundy Brothers arrived. They were armed with 12 barrel shotguns, 20 millimeter rifles, and 12 ounce pistols. Death was close, so we asked if we could each partake of the McRib we had bought earlier in the day. The Bundy brothers said “McRibs... Limited time only, just like your life... on account of you dying soon... because were gonna kill you dead with guns and stuff of that nature...” (Editors note: They said something cooler than that). We each ate a bite, stymied by our insight that the McRib would only be available for couple more months anyway. It was a sweet small respite; the knowledge that even though we were about to be bullet-ridden to death the rest of the world would soon be collectively McCock-blocked. 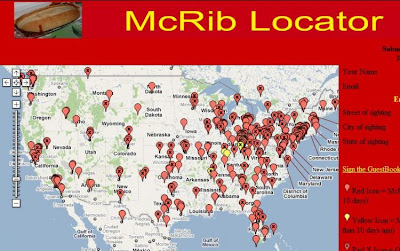 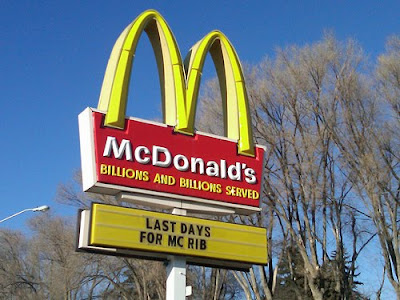 Then something miraculous happened. Marla came barreling through the gates in her tricked out Cheverlet Aveo. She killed the Bundy brothers using a hand grenade and her hand with a knife in it. She was holding a Chik-fil-a sandwich with her other hand the whole time! 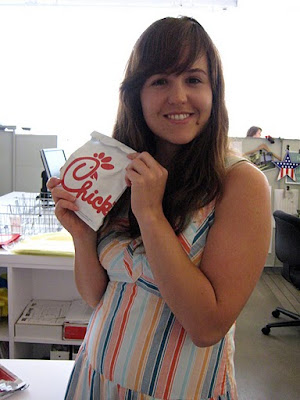 We decided she was ambidextrous. We all could have done the same thing, but were pretty much all heterosexual (except for Steve Bussemi). It was a damn shame, but nobody's perfect. (Marla couldn't even make a proper Stovetop Stuffing). In the end, we had to admit that Marla saved the day, even after we killed her old man. As George would have existentially said “There’s a time to live and a time to die. Man can't choose his fate but destiny is in the eye of the tornado...Entenmann's cookies. Creamed spinach”. RIP.
Posted by Daria Sellon McQuade at 12:57 PM